Children have problems with their feelings. Some, a little more than others. Although immaturity is a factor, a lot has to do with temperament, which is why a younger child can appear more flexible, calmer, and easier to handle. We come into the world with a genetic blueprint of nine traits. Is your child high in any of the following?

This one day course will focus on the deeper part of parenting.  Our emotions, our kids’ emotions and effective communication and problem solving.  By the end of the day, you will also have a clear understanding of healthy boundaries.  This course has had a profound and positive effect on thousands of parents in Victoria. 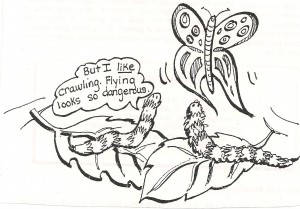 Book available at the course for $30.00 – not mandatory

Here are just a few of the  handouts used in LIFE Seminars courses:

Many normal, wonderful preschoolers have intense and frightening temper tantrums as a way of dealing with frustration, anger and telling the adults in their lives that they aren’t the boss of them!

I remember when my son was about three, we were in a kid’s clothing store. Jarryd was playing on his own with some toys when another boy came up to join him. Jarryd freaked out and started screaming and throwing toys. I had to pick him up and carry him out of the store, my own mother trailed behind with my new baby, Lexy. Jarryd pulled on the skin of my neck so hard that he drew blood. My mother watched in disbelief as she felt completely helpless to do anything at that moment to help. When I look back, I can see that he was going through a phase that seemed to last for months. The intensity of the tantrums and their frequency did pass but if someone came up to me to tell me it was just a stage, I might have had my own temper tantrum. It was scary and I thought for sure that I was raising a “future criminal.”

Now I can look back and see the contributing factors. Jarryd has a cautious approach and he liked to play on his own or know somebody well before playing with them. We had a new baby and he was feeling the stress from that. Anytime he was tired or hungry he could easily be triggered into a very intense fit of anger. This really was a phase and there wasn’t much I could do to stop the tantrums other than protect him and give him space to cool down.

I am frequently asked what parents should to when their children are engaging in such behaviours as tantrums. My answer is that it is what you don’t do. When I look back at those experiences I am grateful that I didn’t hit him, scream at him or join him in a tantrum of my own. I avoided putting him down and making him feel like a bad person when the tantrums were over. I didn’t withhold my love or hold it against him. Sometimes I needed space to cool down so I could control my behaviour and avoid doing those things. Discipline meant, self-discipline and having to stay as calm as I could.

We may not be able to connect with our children in the heat of the moment but chances are that your ability to teach your child anything during those adrenaline peaks would simply backfire. You teach your children about emotions, and expressing them appropriately over time through your role modeling and through your connection with them. In that connection, you can identify what needs aren’t being met or where their stress might be. In that connection with you they can express more subtle feelings and start to build a feeling vocabulary that will be used more and more as they mature.

This takes time and when children are very young they have difficulty with feelings. My son couldn’t come up to me and say, “Hey mom, this kid is making me feel uncomfortable. By the way, I feel stressed about the new baby too.” Even being able to tell me he was hungry or tired would have been a tall order back then. So instead of articulating feelings, they feel them! They scream, pinch, kick, bite, and throw things.

Today, my son is coming up to his sixteenth birthday. He is a gentle, kind hearted person who wouldn’t dream of hurting anybody. He is still fairly intense and still feels more comfortable in familiar settings with familiar people. If somebody could have handed me a crystal ball and given me a peak, I would have relaxed and just gone about the business of loving him and helping him get his needs met. I may not have smiled through the tantrums but at least I would know that he was going to be just fine, not a criminal and not an aggressive, mean person.

How to Deal with Temper Tantrums

What can you do?

* Make sure your child is safe and free from harm.
* Stay calm and stand firm if this is a reaction to not getting their way.
* Remind yourself that it is important for your child to learn that she can’t have everything she wants when she wants it.
* Praise positive behaviours with specific feedback.
* Explain limits and expectations when feelings are calm and people aren’t angry.
* Use time out as a cooling down period for either yourself or your child.
* Ignore the tantrum as much as you can.
* Teach your child about their feelings and how to handle anger as they mature.
* Be a good role model yourself.
* Look for triggers to behaviours; hunger, fatigue, time of day, place, events, temperament or how your behaviour affects your child.